This item is under construction 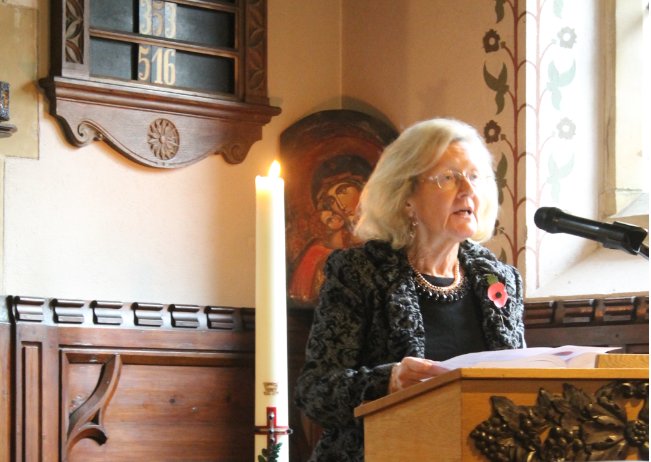 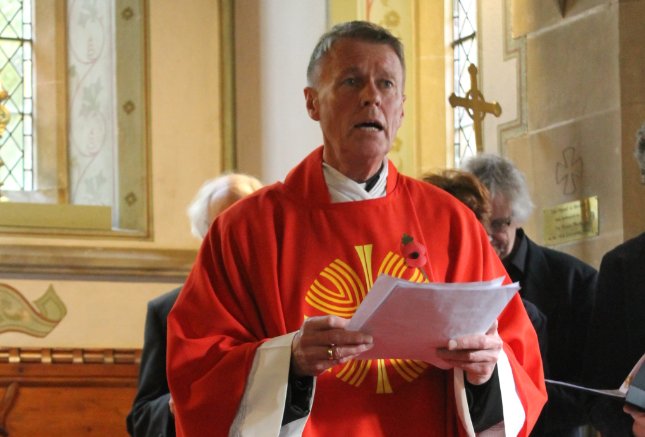 Harvest Festival reminds Christians of all the good things God gives them. This makes them want to share with others who are not so fortunate. In Churches, people bring food from home to a Harvest Festival Service. In our congregation the harvest goods have been donated to the Voedselbank in Goor.

A special feature during this service was that the children from Sunday School were asked to join in the conduction of the service. They did take part in the commencing procession in bearing the cross and the candles, did conduct the intercession (in the English language) and at the end headed the procession with the cross and candle to the exit again.

Our Chaplain Brian did surprise us all by conducting part of his sermon, specially aimed at the children, in the Dutch language.

After the service we gathered for a "bring and share meal". This was once again a success and for everyone did their best to make their cooking / food preparing skills.

This year's Weldam Castle Fair was blessed with the most beautiful late summer weather. After some light fog when arriving early in the morning, the sun rapidly dissolved the thin fog patches and temperatures were rising fast. Almost eight o'clock the first Stallholders arrived and started to build up their merchandise and display. Antique British made cars were driven onto the circle green at the forecourt. Cakes, scones and rolls were prepared in the Tearoom and everywhere final preparations were made.

At the chime of eleven the Highland regiment Pipers and Drums marched out to the gate to welcome the visitors already waiting. The Weldam Castle Fair 2018 had opened. Visitors also did have chance to win a prize, connected to their entry ticket, at the Raffle stall.

Rapidly the first visitors arrived at the Tearoom to have the first choice of the many great cakes and scones prepared by our congregation’s volunteers. The outside terrace filled with many visitors who enjoyed their purchase.

This year our Castle Fair committee had once again done their utmost to make a diverse and high quality selection of stalls and attractions. They did succeed in attracting quite a number of interesting variations in homemade articles, artful skilled crafts and products.

At the final hour a "Dog show" competition was held on the lawn near the fountain. Dog owners did their utmost to persudade their dogs to do whatever needed to obtain a price. The dogs were presented with a nice playing gadget after the show.

To mark the origin of our Weldam Castle Fair the day was ended with a short "Songs of Praise" session in front of the Tearoom.

The Castle Fair committee would like to thank the Solms family for their hospitality at the Weldam Estate, all volunteers who made it possible and foremost all our visitors who came in great numbers and made this year's Fair to a success.

Images below by: Elisa Hannan, Eric Koster and Lub Gringhuis 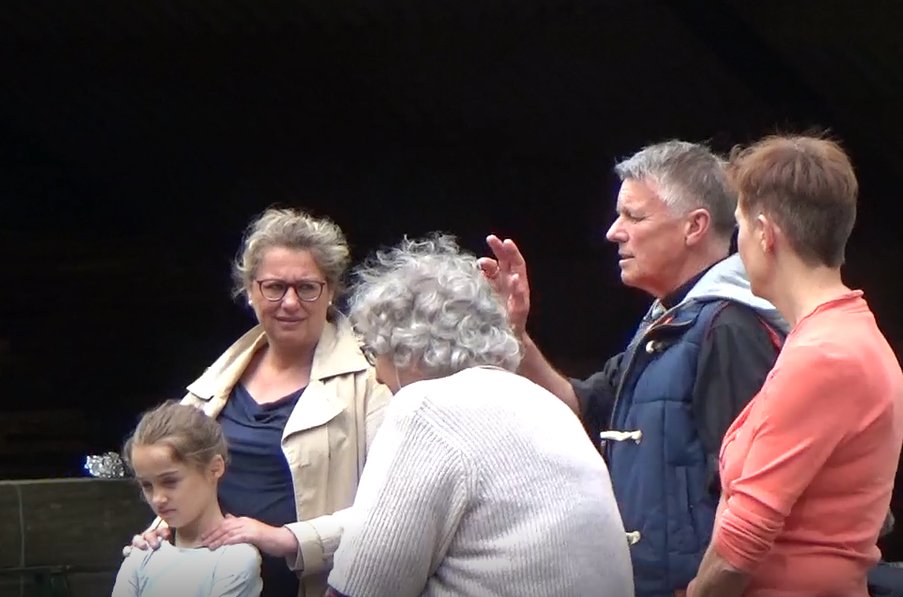 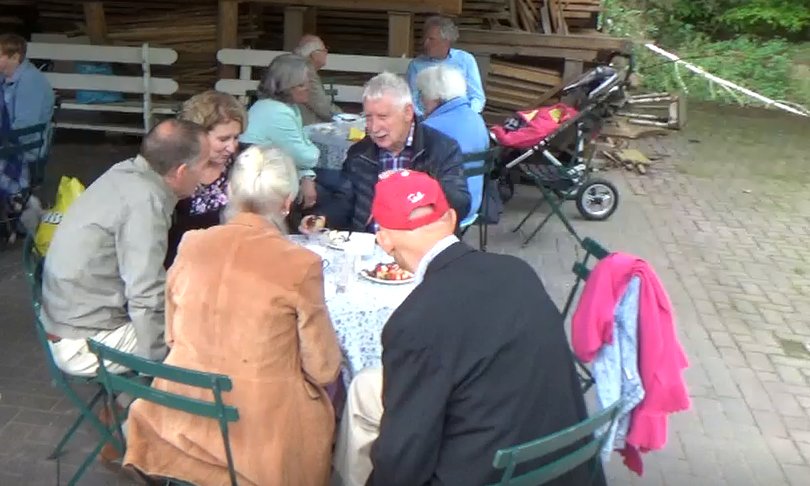 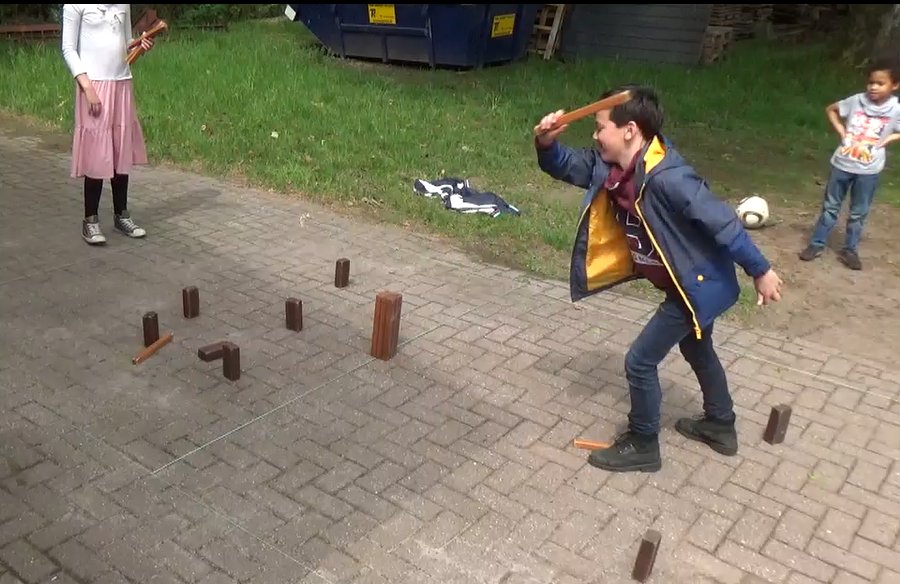 The Church Council has been (re)installed) on Sunday May 6th.

The Wardens; Jeanet and Blair did renew their declarations and will be in office for another year.

Those who had been chosen to serve our community as members of the Chaplaincy Council were invited forward and were commissioned.

Many faces remained from the previous Council, but also two new members were installed. 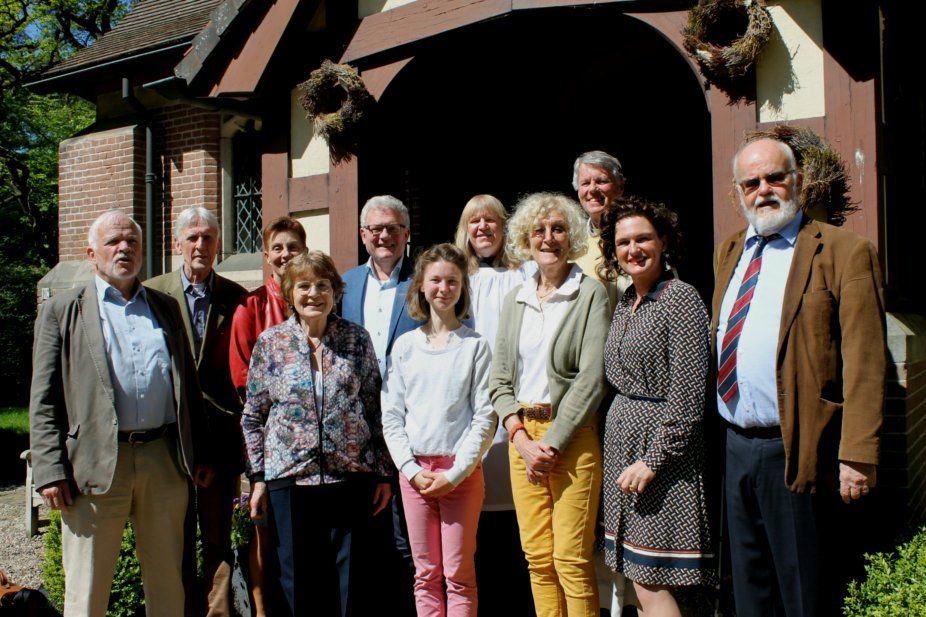 Preparations are underway for this year's Easter. The Church has been decorated with fresh flowers and the big candlestand which will support the new Easter candle has been polished to "shine" for another year.

On Easter Day the new Candle was blessed according to the custom and taken to the candlestand next to the pulpit.

2018 - Institution of Father Brian as Chaplain

On Sunday January 21st 2018 the Revd. Canon Brian was instituted as Chaplain of our Congregation.

The Archdeacon of North West Europe, The Venerable Dr. Paul Vrolijk was presiding this joyful service. He, together with the Churchwardens, did welcome all attending this Eucharist. Several representatives from other Anglican chaplaincies in the Netherlands, guests from the local community, ecumenical guests from other churches in Twente, as well as family and friends of the Revd. Canon Brian Rodford honoured us with their presence.

The Wardens did request the Archdeacon to institute Brian with the following words: "Reverend Father in God, as representatives of the people of God in Twente we have been glad to share with you in the choice of Brian to be our pastor and priest. On their behalf we now ask you to institute him". The Archdeacon replied: "I am happy to do so"

The form of Institution was then read and the congregation as well as Brian replied to all questions therein. Brian further stated the Declaration of Assent, The Oath of Allegiance and the Oath of Canonical Obedience. After this the Archdeacon read the licence, and after signing it, Brian was lead to his usual seat and given the blessing upon his ministry.

Then the Rededication of the Ministry of the People of God took place. Members of the congregation came forward to address the new minister. The following signs were presented: Water for Baptism, Oil of Healing, a Bible, a Stole, Bread and Wine, a Hymn Book as symbol of Music, a present from the Sunday School Children, a symbol for the Local Community and a Symbol of Ecumism.

After receiving all these symbols Brian led the intercessions, followed by the Eucharist. A the given time, Brian took the opportunity to address the Congregation. He made some moving remarks to the text in the liturgy and the just finished Hymn: "Just as I am ...." mentioning that    he was really looking forward to serve and work together with the congregation.

After the service there was a lively and a, as usual, rich bring and share lunch, during which there was plenty of opportunity to talk to our new Chaplain and meet the guests.

May Brian serve our community in a fruitful and happy way. May we support him in his task.

"Together, by God's grace"